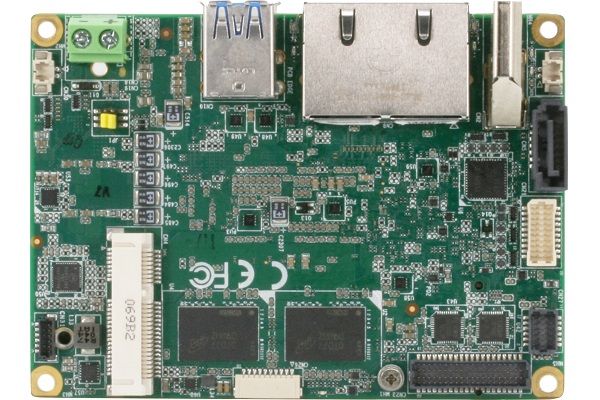 How powerful can a single-board computer (SBC) be? ZDNet reported that Aaeon tried to find out by cramming Intel’s 11th Gen Core G processors, support for up to 32GB of LPDDR4 memory, and an abundance of ports into the PICO-TGU4 product line. But it might also have discovered this category’s price ceiling in the process.

The most well-known SBCs, including the ever-popular Raspberry Pi lineup, feature Arm chips that compete on price and power efficiency rather than raw performance. Many of the boards that do feature x86-based processors typically emphasize their support for a far broader software ecosystem and their greater compute power.

Aaeon took a different tack with the PICO-TGU4 lineup. Rather than designing an SBC with makers in mind, it seems like the company set out to make the smallest PC it could, with an emphasis on raw performance and desktop-like I/O instead of power efficiency and GPIO pins that enable more tinker-friendly connectivity.

The PICO-TGU4’s specs reveal that it offers far greater performance than a Raspberry Pi 4 despite only being slightly larger. But that performance comes with higher power usage—it requires a 12V power supply; the Pi 4 uses a 5.1V power supply—as well as a much greater up-front cost over the latest Raspberry Pi.

There are benefits to choosing a PICO-TGU4 over a Raspberry Pi 4: Aaeon’s offering boasts improved performance, additional I/O for standard peripherals, and the vast software ecosystem available to x86 processors. The same is true of other x86-based SBCs, however, the vast majority of which cost less than the PICO-TGU4 lineup.

So don’t let the single-board computer form factor fool you—this is a miniature desktop more than anything else.